I have had the misfortune the past few Sunday nights (I think it was that day) of being in the same room while my wife made herself become dumber by joining every other girl I know, and I am assuming half of the world’s female population, that is, I’m hoping it is no more than half, in watching the somehow successful Keeping Up With The Kardashians.

So successful thathglkkh…Sorry I just fell off my chair. I just looked it up.

There are 12 seasons of this garbage. All I can ask myself is how? My faith in humanity and the future of this world died well over a decade ago, but I have been brought to new lows. This show is bad, and stupid, and really, really, bad. Oh and it’s also boring. So boring it should be banned from television and wiped from all the unfortunate souls who have seen or heard this.

I have only witnessed maybe a half hour collectively of the show since, I guess, season…cringe…12 started up, and within 10 seconds of listening to them drone on about literally nothing infuriates me to the point of wanting to burn down my house for having a television that had that show on stand in my living room. My house is tainted from the sound waves that carried the shows audio. That is something that you can not just wipe off people! It needs to be burned, and it needs to be purged and stomped from this earth. I need to burn the ashes of my house and then throw them in the ocean and evaporate said ocean with some amazing laser that delivers the direct heat of the sun and explodes…ok that’s enough.

It is just bad. For those lucky enough to have never seen it, or somehow managed to find wives and girlfriends who have not seen it, allow me to explain it. Don’t worry, it’s quite simple.

Imagine you, your siblings, and parents all have video cameras, which they probably do anyway. Now imagine someone was filming them ALL DAY with those cameras. Now edit them all together into an hour long show and whammo. You’ve got “Keeping Up With (Insert Last Name Here).” Oh yeah, but pretend you are millionaires, don’t have jobs or any real problems in your life.

I don’t know about you, but my life is not at all interesting enough to make a show about it, and I’m willing to bet yours isn’t either. But don’t let that stop you, because it sure didn’t get in the way of the Kardashians! Believe me when I tell you they do not have interesting lives at all.

Let me take you through a few of the scenes I remember seeing, the few my memory did not repress completely. I would say spoilers ahead, but nothing happens in this show that anyone could possibly care about. But I obviously am wrong cause again, 12 seasons. Oh my god, I literally just got nauseous seeing that number again.

Hold on to your hats and hair extensions ladies and gentlemen, cause here comes the first scene in my scarred memory. Two of the girls sitting on the couch, and talking about…

That’s right folks…eye lashes…I don’t remember the specifics of the conversation, but man, it had to last like around 2 minutes. That doesn’t sound like much, but 2 minutes of one conversation on television is a very long time. I had never been so bored in my life. I’d rather listen to two chickens cluck at each other every so often. It would have been more intelligent conversation than these two girls!

And remember, I was not giving my full attention to this show. I was playing Pokemon on my 3DS or something in the same room, and suddenly I found myself wanting to jump in my game and strangle my Kanghaskan and his little baby in the pouch, that’s how aggravatingly boring it was.

Another part I remember is like an obscene amount of time spent on one of the women being so nervous about going to NYC for a fashion show or something. Oh no, it was an interview on some TV show. But one of them was nervous about a fashion show probably, don’t worry. Others complain about what to wear to such and such occasion, so and so didn’t defend her sister when someone disliked something on Facebook. You know, all the problems real people have, our day to day struggles just to get by and survive paycheck to check, if we even get one. Those problems somehow seem minute compared to our darling Kardashians. Clearly every viewer flocks to listen to them talk about the “problems,” so that they can feel better about their own. Our lives are so much better than these poor women that I feel truly blessed at how we benefit from the wealth in this country.

“Sister, when will we eat again?” 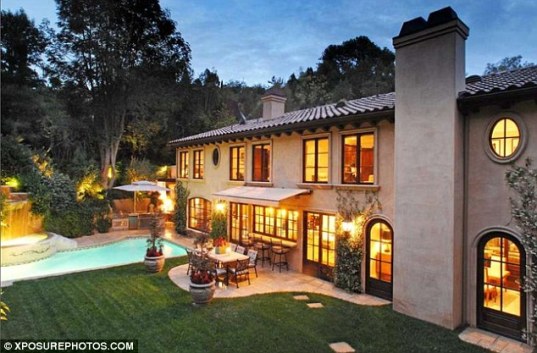 “Who cares about that? Do you know how long it must take the maids to clean that house!? I can’t wrap my head around it!”

But to really sum up the show for you, here is what happens. They lounge around in their various mansions, talk, go out to some fancy restaurant while they talk about what they want to order. If we are really lucky, we get to watch them eat it too! And they talk in between mouthfuls of course.

Then they are back on their couches that probably cost more than my car, in their fancy clothes that cost more than my house, and guess what talk…or if they really want to change things up, they all sit around and look at Facebook on their cell phones. Now let me tell you, you have never seen anything quite so dramatic and fierce as a bunch of girls looking at phones…unless you went to school in the past 15 years or pretty much have gone to any social gathering in the same time frame.

Then to really stir the pot, someone’s boyfriend might show up, and then they either talk, or go out to eat. The suspense on which they will choose is nerve racking. I mean, it’s a complete toss up! Who knows!? And the best part is, maybe Kanye West, one of the worst rappers alive, and possibly the dumbest and most conceited man I have ever read about, maybe, just maybe, will show up. I really have no idea though. Spoiler free there!!!

The only okay thing about this show is that the 3, 4, 5…? starring girls, (not the mom and her husband trying to be a girl) are all rather pleasant to look at.

Don’t Worry Boys and Girls, There’s Plenty Of Cleavage To Go Round

Though if I had as much plastic surgery as some of them have and spent 4 hours putting 13 pounds of makeup on, or rather, probably have someone else do it for me, then I imagine I would be pretty smokin’ too.

I want to cry when I think how much money we make for them, though admittedly they do make plenty for themselves too.

All I can say is that Kardashian is not recognized by my spell check, so there is peace of mind that at least my computer has not heard of them. Phew…