Wouldn’t this be a fascinating thing?

In Dragon Ball, especially in the first few seasons, Master Roshi is this mysterious master of martial arts who is without question the most powerful man on the planet. And what makes him even more intriguing is that he is well past his prime.

There are many things about his past that are worth seeing. Master Roshi has many objects that beg origin stories on how he came across them, and there are many events mentioned that need to be expanded upon.

They delve slightly into his past, but we need a full show now! It could start with him training under Mutaito with Shen and just show him progress through his long life. I mean, the man is like 500 years old or something. That’s a lot of potential content.

Things I would like to see are a more developed relationship with his sister, fortune-teller Baba, and best friend Shen.

How he found the fountain of youth

How he obtained Baby Gamera and the Bansho Fan 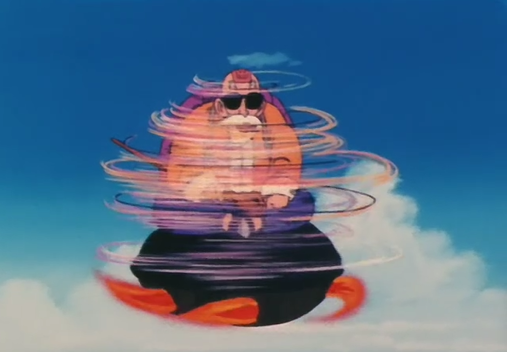 How he developed the Kamehameha Wave

Why he became the Turtle Hermit

How he learned to make his muscles huge at will

When he became renowned as the strongest man in the world

These are all just some things about his life that could make for some exciting episodes.

It could go up to him taking on Gohan and Ox King as students and then focus on those two and their back stories a bit as well, and then end the show around the time Gohan finds Goku, thus nicely tying it right into Dragon Ball.

It wouldn’t be a show like Z and Super with big powerups and explosions, but more straight martial arts action with some epic parts thrown in.

I hope one day this becomes a real thing, because I think it would be a fun ride to see one of Dragon Ball’s most intriguing and pervy characters grow into the personality and life that we know so well.