Of Sony’s consoles, the PS3 is by far my favorite…sort of. They are all so similar, it’s hard to truly judge, but in terms of games, this one takes the cake for sure. Looking into my top 10 was super difficult, because there are a TON of amazing games on the console. I couldn’t easily pick 10 of them, and the ten that I did, I’m not even sure if they are truly my top 10 or even ordered correctly…but whatever.

I’ve got a whopping 97 games for the console, and of those I have so far played 82. So here are the ten I struggled to pick out.

This is a shameless rip off of God of War, but it is actually better than almost every game in the God of War franchise. I couldn’t put this game down. It is so much fun. It was left wide open for a sequel that never came…which is nothing short of heartbreaking, because I couldn’t wait for it. 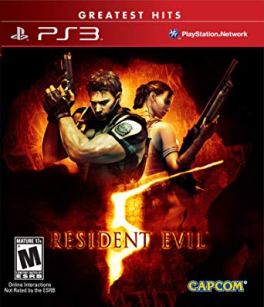 This game is so much fun. The enemies are awesome, the co-op is great, (but make sure you don’t give Sheva any bullets if playing alone) playing as Chris again is awesome. The story involving him, Jill and Wesker coming to a close is even more awesome, the intense action and real time inventory management make this a endlessly fun, intense action game.

I don’t know why I love this game so much, but I do. The action, the settings, the characters, the story were all so perfect. I couldn’t put this game down, which is weird because the other 2 games in the trilogy (haven’t played 4 yet) I find to be just okay at best. But 2 is so stinking good.

Combining elements of all Resident Evil styles, having multiple campaigns with old and new characters interacting in the same interesting overall story that is fun to see how they affect each other and crossover one another, intense, yet tense gameplay, nuts bosses and just an overall amazing experience make this one of the best games out there. It is one of the few games I have ever played that made me sad to beat it.

I didn’t really like this game the first playthrough, but when I came back to it, I loved it the second time around. The gameplay is so much fun and very satisfying. The story, however, is what is truly amazing about this game. It’s a shame they never finished the originally planned trilogy.

I was hoping for a game with gameplay like this my whole life, and finally received it when this came out. I played through this game like 3 times in a row because it was so much fun. And being able to change costumes after you beat it is cool, especially when you can play as a whole slew of different Jedi. The story is amazing, the different planets look incredible. This one manages to slip by as the better of the two games by a small margin. 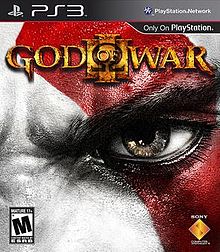 This completely blows away all other games in the series. This is taking the already perfect gameplay of the previous games and somehow perfecting it even further. I loved it from beginning to end.

This is another game I enjoyed from beginning to end. It borrows heavily from God of War, but does it better. The story is excellent, the gameplay is wonderful, the puzzles are fun, the scenery gorgeous, the music only adding to it’s allure. I just wish the second one came somewhat close to the glory of this game.

This game is incredibly fun. It’s got a very interesting story, all sorts of crazy characters, a bunch of areas to climb and explore, crazy enemies to take down and a whole slew of new powers. Top notch.

That’s right, my favorite game on the PS3 is actually the first game in the inFAMOUS series. While the gameplay isn’t as good, I just liked the story and overall simplicity better. It was fun to stay in one city, obtaining your powers as you progress, trying to figure out what the heck was going on with you, and just killing hordes of gang members. A lot of the time, simple is better.