Seriously, I am so sick of sitting behind these damn things. I live under 10 minutes away from TWO quarries. So there are dozens of them around the roads I take. And there just seems to be a ton of them all over the place aside from that. So I see about 20-40 of these bastards a day.

99% of them rarely exceed 25 mph, and I live in a very mountainous area, so they often drop to 10-15 mph going up the steeper hills.

I just can’t take it anymore. Every road I take…bam! Dump truck to ruin your day. I can’t tell you how many times I’ve been late to just about anything because of these trucks.

I know the impossibility of it, but wouldn’t it be grand if they just made roads that only dump trucks could use? Think of how much traffic would be lightened up! I suppose tractor trailers and other slow moving vehicles could utilize them as well, but none come close to being as bad as dump trucks!

For those who don’t know, Humble Bundle is a website that used to give you bundles every couple weeks of 10-15 games for just as many dollars, with part of the money you spend going to a charity of your choosing. Nowadays they have a huge store with some great sales usually, book bundles, software bundles, comics, all sorts of stuff.

But where have the game bundles gone?

For the longest time they have always had two different game bundles available, with a new one replacing the older of the two each week. But for the past month or two, there has not been a single game bundle put up on the site.

Now, most of these bundles are garbage. 90% of the time they are just lame indie titles, but occasionally they do have really good bundles, and I myself indulge in maybe 3 of them a year or so.

I looked forward to seeing the new bundles each week, even though they are almost always disappointing. But when I found that one I wanted, it made all those months of waiting worth it.

So, with the game bundles barren, are they strictly just going to be a game store nowadays like Steam? I certainly hope not.

While we wait for an answer to this sad question, gamers will have to go to fanatical.com for their ridiculously cheap bundles.

Ahh…the Wii U, one of my favorite consoles of all time, and yet woefully ignored by consumers and developers alike. Some of the best games I have ever played are on this console, and it’s hard to pick 10, but I did my best. Of the 89 games I own for the console, I have only played 79 of them. But here are the best of those ones…

This is one of the best platformers I have ever played. Excellent level design, fast paced action, andjust a whole array of weird stuff going on. Tons of unlockable skins for different characters to play as, satisfying challenge. It’s just great all around. 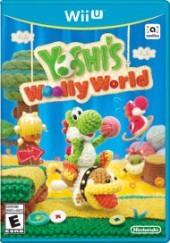 Speaking of great platformers, this is another one. The yarn or wool world looks incredible and it’s fun how you interact with it. Finding a ton of collectables in each stage kept me playing for hours. There are so many different Yoshis to explore the incredibly clever and fun levels with and fight  the wacky bosses that fill the world. 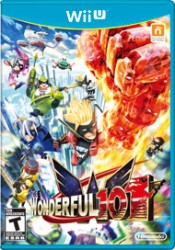 This game sadly seemed to go completely under the radar. I feel like there was no advertising at all. And this is a travesty, for it is a truly unique and excellent action game with great humor and gameplay, in the spirit of Viewitful Joe.

Within minutes, I got that classic Paper Mario feeling. There’s something about this series that makes me feel all happy and at peace. I don’t know what it is.

This one follows more closely to the Sticker Star formula, but also manages to be completely unique compared to the rest of the series. In fact, it’s more like a 3D platformer with RPG elements.

It is probably one of the funniest games I have ever played. The story and characters are highly entertaining.

Overall, I’d peg this as the third best in the series, after the first two. 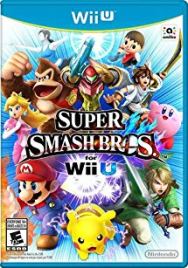 Super Smash Bros For Wii U

Aside from having the coolest cover art of all time, this game comes with some truly great additions in levels and especially characters. A lot of characters got changes made to them too which is nice. There is plenty to do in this game, but getting everything is very tedious, especially farming for the newly added alternative special moves each character has. The board game single player is pretty fun. The game seems a bit lacking however, due to how big brawl was. They can only make it so much bigger. Though it is obvious they put everything they have into this game…and it’s Smash Bros…so it’s timeless fun.

In short, this is one of the best action games ever made. Far better than the first one. 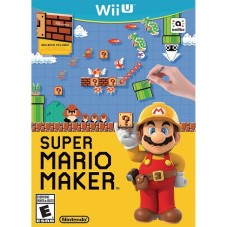 This is one of the greatest ideas of all time. Giving players the ability to create their own Mario levels with a ton of ways to do so? Wowee! You could literally play this game the rest of your life, enjoying the millions of stages others have created or just building your own. Some levels are genius, others, not so much. But one things for sure, it’s a whole lot of fun. The one downside is you can only upload 10 levels unless people “like” your levels a whole lot of times, then you can add more. If none get liked enough, they are removed from online, which kind of takes the fun out of making levels, though I see why this is necessary.

They finally stopped f’ing around with the “New” series with this game. This is the first time the platformers could really live up to the old SMW and SMB3. Super creative levels, cool new items and a huge world make this one to remember. 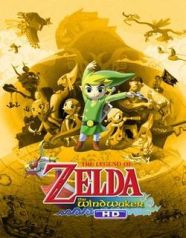 The Legend of Zelda: The Wind Waker HD

This remaster basically took a great game, removed all it’s flaws and turned it into one of the best Zelda games of all time.

This game is simply jaw dropping. It gave us everything I could have hoped for. The cat suit is strangely awesome, the levels, gameplay, 4 playable characters…all just incredible.

There you have it…10 incredible games among a whole library of them.

90% of the time I call or text someone, they don’t pick up or respond and at times never get back to me for hours or days, if at all.

Like…I seriously don’t get it. These people are literally on their phones the entire time I see them in person. Drives me crazy.

And you know what’s really sad? That picture above is completely accurate of what “social gatherings” have become. Man, f this world.

In the hype leading up to KH3, I have seen a lot of people argue that the hand held games are not relevant to the series at all. These are mostly those macho “hardcore” gamers who wouldn’t dare play anything on anything other than the shiniest, manly console, thus they say only the numbered titles are the actual series.

I can understand where they are coming from. The three numbered games stick to the same formula (with huge improvements to gameplay as they go on). And they are the 3 best games, as I show in my ranking of them. So in those terms, I get what they are saying. But to just write off the others, which also have superb gameplay, is just ridiculous.

And then many others say the handheld games are not even important to the story, thus the spin off term coming into play.

But if you want to follow the story, you will be woefully lost playing just 1, 2, and 3. I played 2 before Chain of Memories, and while I got the gist of what was going on after a while, it was confusing for a few hours. But that was just from one game. There are 4 games that came out between 2 and 3, all which set up everything that was going on in 3. Playing just the numbered games, you wouldn’t even know who 90% of the characters are. Ventus, Terra, Aqua, half the organization members, the main villain…all not important people at all. And even people you do know, like Axel and Roxas, you would only have a recognition of them and no little to nothing about their actual characters.

I’m sorry, I just get a laugh out of these folks is all.