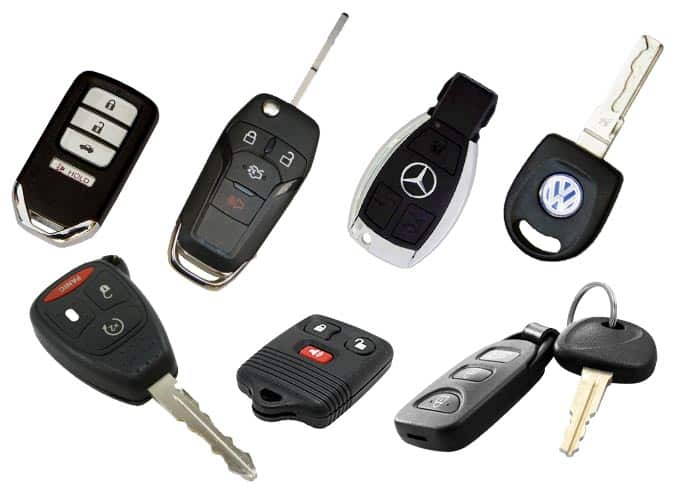 So my wife got a car a couple years ago that was “push to start.” In other words, it doesn’t have a key, and you push a button to start it. You only get a fob to unlock it or for remote start and the like. I had never heard of this until then. My first thought was, “oh, I never had a problem with keys, but cool.”

Fast-forward two years, and I’ve learned just how uncool it is.

Firstly, last winter the car battery died, so I couldn’t unlock the car. Great, I’m locked out of my own car for no good reason. If only it had a key.

Well, my wife informed me there is a little key hidden inside the fob, so after yanking the thing so hard I thought it would break, the little sucker popped out. Then I had to rip off this little plastic thing on the door handle to reveal a hidden keyhole. Okay, that’s one crisis averted. Except, if it was just like normal keys, there never would have been an issue to begin with. Why are all companies trying to make all their products smooth and flawless-looking? Does anybody actually want that? Even the site I’m writing this on is guilty of this smooth and blank appearance at the cost of user-friendliness.

Like TV’s for instance; they’ve got to hide the buttons on the back or make them these invisible little things you press your fingers on that are impossible to see unless you squat right in front of it and shine light on them.

The biggest issue I’ve had, when again there shouldn’t be one at all, is what do you do when the battery in the fob dies?

My wife told me the car will warn you when the battery is low. Okay, great. I don’t drive the car very often. It’s been like over a year. So when I went to drive it a couple weeks ago, the car wouldn’t unlock, so I had to use the trusty hidden key trick, only to discover that when I tried to start the car, it told me no fob detected or something like that.

Well that’s great. Thankfully I was at home, though it did cause major inconvenience for others and I nearly missed my nieces third-birthday party because of it…

But what if someone was at work or somewhere else when it happened? You would have to call a tow-truck in some scenarios. That’s a great conversation to have.

Tow-Truck Guy: So what’s wrong with the car?

Tow-Truck Guy: Oh okay, I can just jump you.

Poor Person Swindled Into Buying A Keyless Car: No man, the battery in my fob.

WTF? How is there not a backup plan in case this happens to someone? And okay, the car warns you when you need to replace the battery. 90% of people are forgetful and/or huge procrastinators, so I guarantee this happens to people all the time.

And how did the battery in the fob die? It’s only four years old! I’ve had cars four times that old and the fob always worked.

They just don’t make em’ like they used to, I guess. And that’s a real big problem. I mean seriously, who looked at car keys and said, “man, I wish they would get rid of these.” Especially after they make those nice little ones that tuck into the fob. Ugh…this world…