Much like the brand new term “social distancing,” social media was never something you heard up until the past decade or so.

It all started, as far as I am aware, with the extinct giant called MySpace. This was created, or at least I was made aware of it, the summer between my ninth and tenth grade of high school.

My immediate impressions were something along the lines of “Wow, this is the stupidest thing I have ever seen. Who the hell would waste their time on this crap?”

Well, everyone, as it turns out. Pretty much all anyone talked about was MySpace for the next two years, though there was talk of something else from college students, who often bragged about having their own type of MySpace, but a better, more sophisticated version. In short, they thought they were cooler than all the high school kids and their MySpace.

So naturally, the high school kids strove to be just as cool, and that’s when FaceBook really took over, and continues to rule the world alongside Amazon and Disney today.

Seriously, I can not believe how much time people spend on that website. All my wife does everyday is sit on her phone and read and watch the mindless, stupid crap that filters in non-stop, and then constantly tries to show me stuff she thinks is hilarious.

But guess what…it’s not hilarious. 99.9% of them aren’t, anyway. I’ve gotten a few chuckles here and there, but most of them just baffle my mind that someone would take the time to make/post something so stupid. And that’s just dumb things. That’s not counting all the time people spend posting their every detail about life on it, which really, really baffles me.

So for the last decade, all I hear about is Facebook, and it’s enough to make me hurl.

Well that’s not true. I hear about all sorts of other things as well Twitter, Reddit, Instagram, Snap Chat, Pinterest, Tumblr and a whole slew of other things I can’t think of at the moment. And lately, I keep hearing about the worst named one of all, Tik Tok.

Seriously, who comes up with these names? The first time I heard of Twitter, I was in a college class and some lady was trying to convince me to vote for some political election that was happening around that time for governor or something, and told me he has Twitter.

My response was, “Oh, that sucks,” and she looked at me funny. I thought twitter was some kind of epileptic seizure disease or something. Not a god damn stupid social media thing! Twitter, Tik Tok… come on people.

WTF!?!?!? How many of these do we need though? And the astounding thing is everyone jumps to these platforms immediately.

Truthfully, other than MySpace and FaceBook, I don’t have a clue what all the other ones are or do. I just know people are addicted to many or all of them. And I notice half the reason they join these sites or apps is because they don’t want to be left out. They need to feel connected to everyone else or else be left behind both in the technological and social worlds.

Now that this Tik Tok has come out, my wife now sits and looks at her phone for 15 hours a day instead of 13. Gee, thanks all you useless things out there.

Want to start a successful business? Make a social media website. It’s guaranteed to draw in millions of people!

I must confess that I do use one platform, and that’s YouTube. But only because among the billions of stupid pointless waste of time videos, there is extremely helpful and informative videos. Pretty much everything you need to know can be found on that site. So go YouTube! 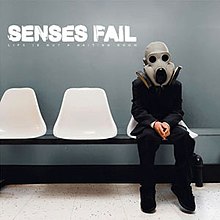 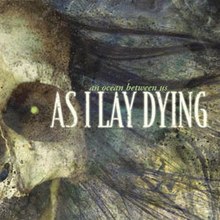